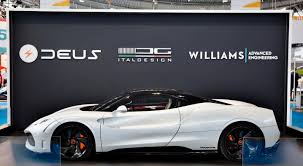 Throughout the past century, the automobile has changed the way we think about transportation. It’s made it easier to get from point A to point B, and it has allowed people to have more freedom. Despite its many benefits, the automobile has also had its negative side effects. It causes air pollution and contributes to climate change.

During the first half of the twentieth century, the automobile industry grew rapidly. Cars became affordable to a wide range of people, as more middle-class families were able to purchase them. The increased demand for automobiles also led to new industries. The industries developed to produce parts for cars and to meet the demand for gasoline and rubber.

Cars also helped women achieve freedom. For the first time, women could drive and be independent. During the 1910s and 1920s, women started to work in male-dominated jobs. They also began to drive around with “vote for women” banners.

During this time, the automobile was also used to travel in and out of cities. It allowed people to go shopping in towns, and to have family vacations. It also gave people the opportunity to look cool in front of their friends.